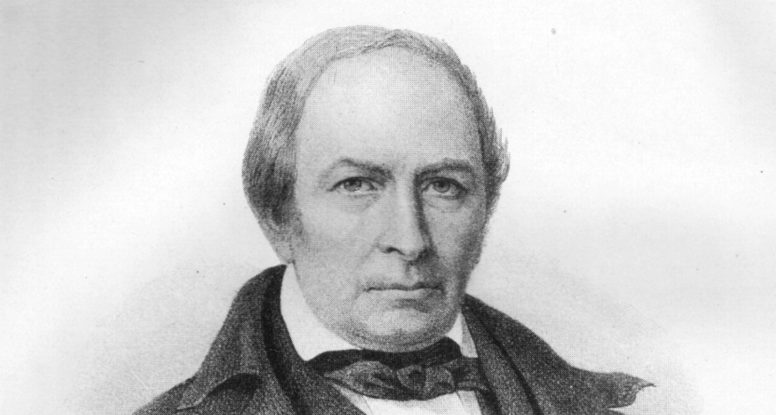 Erik Gustaf Geijer, one of Uppsala's most important cultural personalities, was born at Ransäter in Värmland and came as a student to Uppsala in 1799. As a tutor he resided in 1809–1810 in England, where he attentively observed social and cultural life.

Geijer's understanding of the intellectuals' criticism increased during a trip to Germany in 1825 and against the fantasies of romance he began to take a more realistic stance. This he expressed in memories (1834).

Geijer recognized the importance of the middle class in society and the legitimacy of its requirements for freedom, and as a result of the changed social analysis, a political reorientation was removed from conservatism. This "waste" he announced in 1838.

Geijer's ability to see and formulate essential contexts in his contemporaries made him a strong voice in formation of opinion. His most important works include Svea Rikes Hävder (1825), which portrays Sweden's oldest history and the history of the Swedish folkets historia (1832–1836).

Geijer was a full-gloss lecturer, in-depth scientist and one of the leaders in the literary circles in Uppsala in the 1830s. He was also the center of Music life, and composed songs, piano sonatas, string quartets and other instrumental music.

Erik Gustaf Geijer was professor of history in 1817–1847 and became a member of the Swedish Academy in 1824. He lived on Svartbäcksgatan 17 and then moved to the Övre Slottsgatan 2. In 1846 Geijer moved to Stockholm.

Alone I proceed forth on my path,
Longer and longer stretches the path;
Ah, in the distance, my goal is hidden.
The day itself lowers. Space becomes nocturnal.
Soon only the eternal stars I see.

But I do not complain the fleeing day,
Not me the night terrifies;
For of the love that goes through the world,
Fell also a streak into my soul. 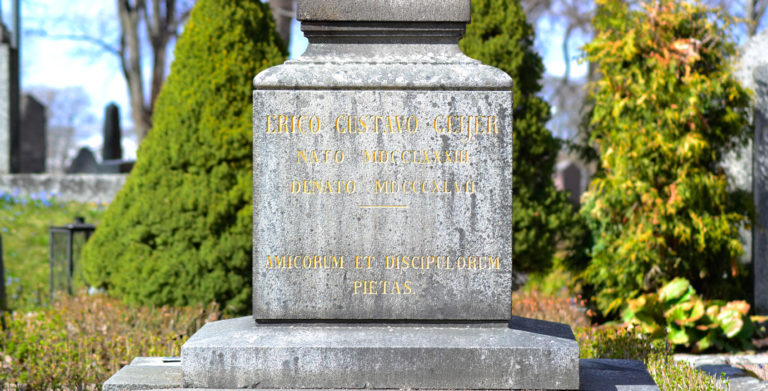 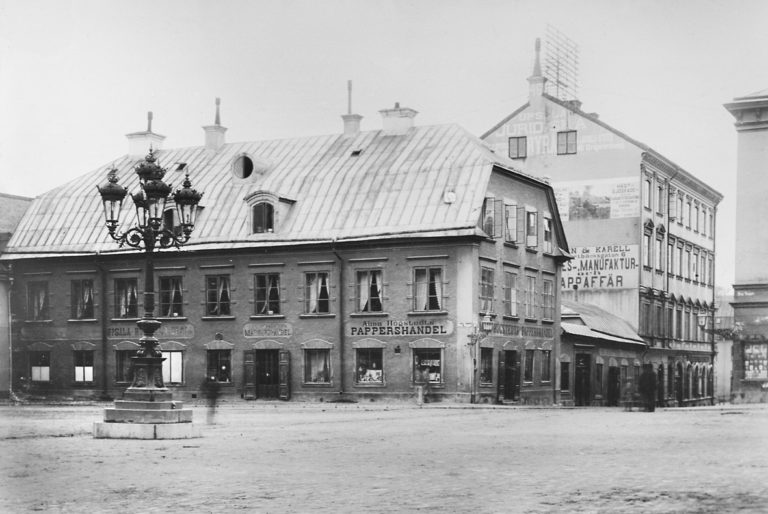 The main square in Uppsala with Drottninggatan. The upper floor lived from 1815 Malla and David Silfverstolpe. Here were the salons of Malla where Geijer, Atterbom and Törneros and others participated. The building was built at the end of the 17th century by Jesper Svedberg and demolished in 1903. Photo: Alfred Dahlgren / Upplandsmuseet . 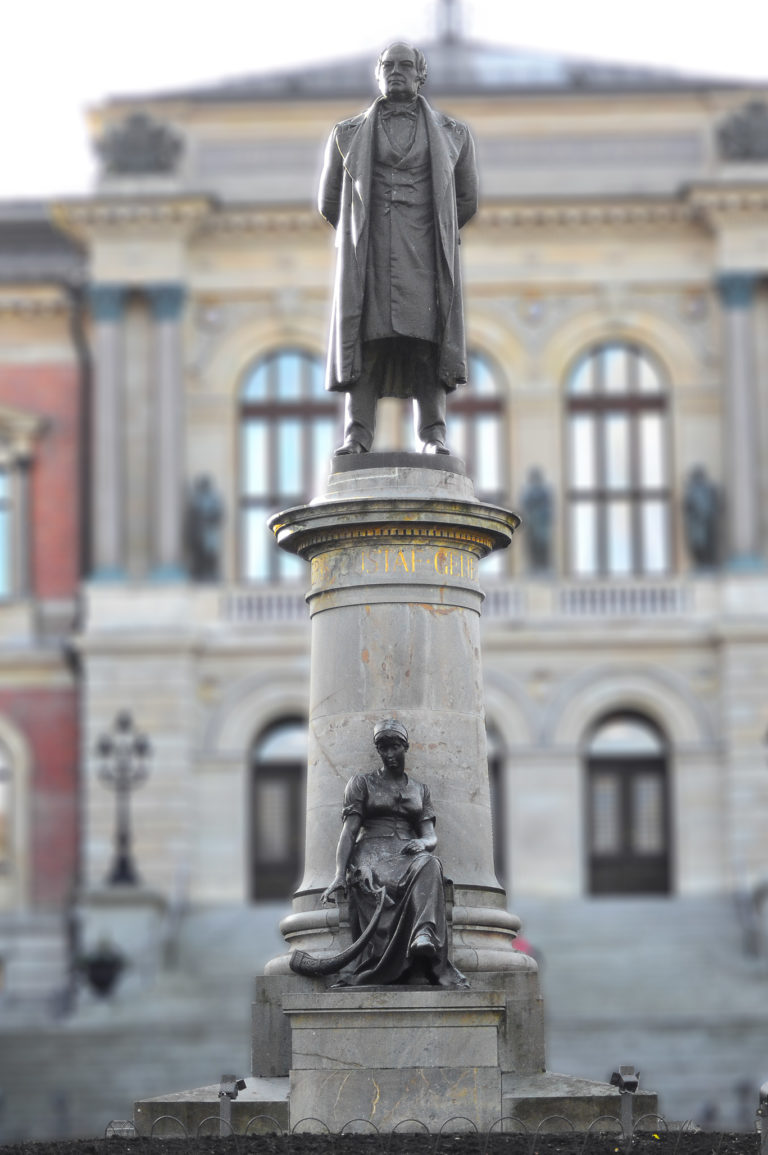 Geijer stands as a statue in front of Uppsala University. Below the statue is a woman, who's playing music placed, called Geijer's "thought", and the model for her is his daughter Agnes. The memorial was unveiled on October 30, 1888. Photo: Henrik Zetterberg.