Already during his studies, Schröder was commissioned to assist in the listing of Bishop Carl Nordin's large handwriting collection to Uppsala University Library. In 1815 Schröder received a Master of Arts degree at Uppsala University and associate professor of literary history.

Schroeder was also involved in the work on the editions of the older Swedish documents Scriptores rerum Suecicarum medii aevi (three parts, 1818, 1828, 1871-1876). He also took an interest in antiquity and art and carried out several trips through the country to record collections and archives and to describe ancient monuments and documents.

Numismatics was a particular interest that Schroeder devoted himself to and in 1820 he became head of the Uppsala University coin cabinet and later director of the University's Museum of Nordic Antiquities. Schroeder's knowledge of the book system led him to be engaged in cataloguing and expanding several private libraries.

In 1830 Schroeder became University Librarian in Uppsala and in August 1841 the book collections from Gustavianum were transferred to the newly built university library Carolina Rediviva. The staff of the Library, university and student nation's caretakers, teachers and students participated in the transport up Odinslund.

Schroeder's contacts with private book collectors and his many business trips in Europe contributed to expanding the Uppsala University Library with a considerable amount of rarities.

Axel W. Persson was born in Kvidinge and was early interested in archaeology.

Special attention was the unplundered dome tomb in Dendra With treasures from Mycensk time that was excavated 1926. The discovery was designated as the largest archaeological find after the tomb of Tutankhamun in Egypt. In the grave rested a king, a queen and a princess. In addition, precious grave gifts were found such as gold swords and bowls of precious metals. The findings from the dome tomb ended up at the National Museum of Athens. Persson's results were published in scientific monographs such as the Royal tombs at Dendra Near Midea (1931). That work is considered a classic.

Together with his wife, during World War II he made an important humanitarian effort for Greece in the service of the Red Cross.

After the end of World War II, Persson made new excavations. In Labraynda, the goal was to find the origins of the Minoan culture. However, a temple site was found for classical and Roman times. Shortly afterwards, Persson died of a stroke.

Persson was regarded at his death as one of the world's leading archaeologists. He is also the father of Viktor Persson, better known as the book-Viktor.

Greta Arwidsson was born in Uppsala in 1906 and was the daughter of Ivar and Anna, both of whom were academics.

During the 1930s, after studying at Uppsala University, Arwidsson participated together with Professor Sune Lindqvist of the Båtgravsfältet at Vals field, which is located 7 km north of Uppsala next to Fyris creek and is a large burial ground that was used during Iron age. In 1942 she defended her thesis on the findings of the Vals field, which focused on the animal ornamentation of the Vendel period.

She was an associate professor at Uppsala University and later National antiquarian on Gotland and member of Swedish Academy. On Gotland, Arwidsson carried out several important studies. Arwidsson also participated in investigations of Birka and thus contributed to the Birka research, among other things as editor and author for research publications.

In 1956 Arwidsson was appointed professor of archaeology. In addition, she became internationally recognized for her efforts in archaeology. In her name "Greta Arwidsson Friends" was funded, an association for women working in the student nations in Uppsala.

From Greta Arwidsson Book from 1942 concerning the findings in Vals field. The picture shows a helmet found in one of the tombs. Photo: Wikimedia Commons. 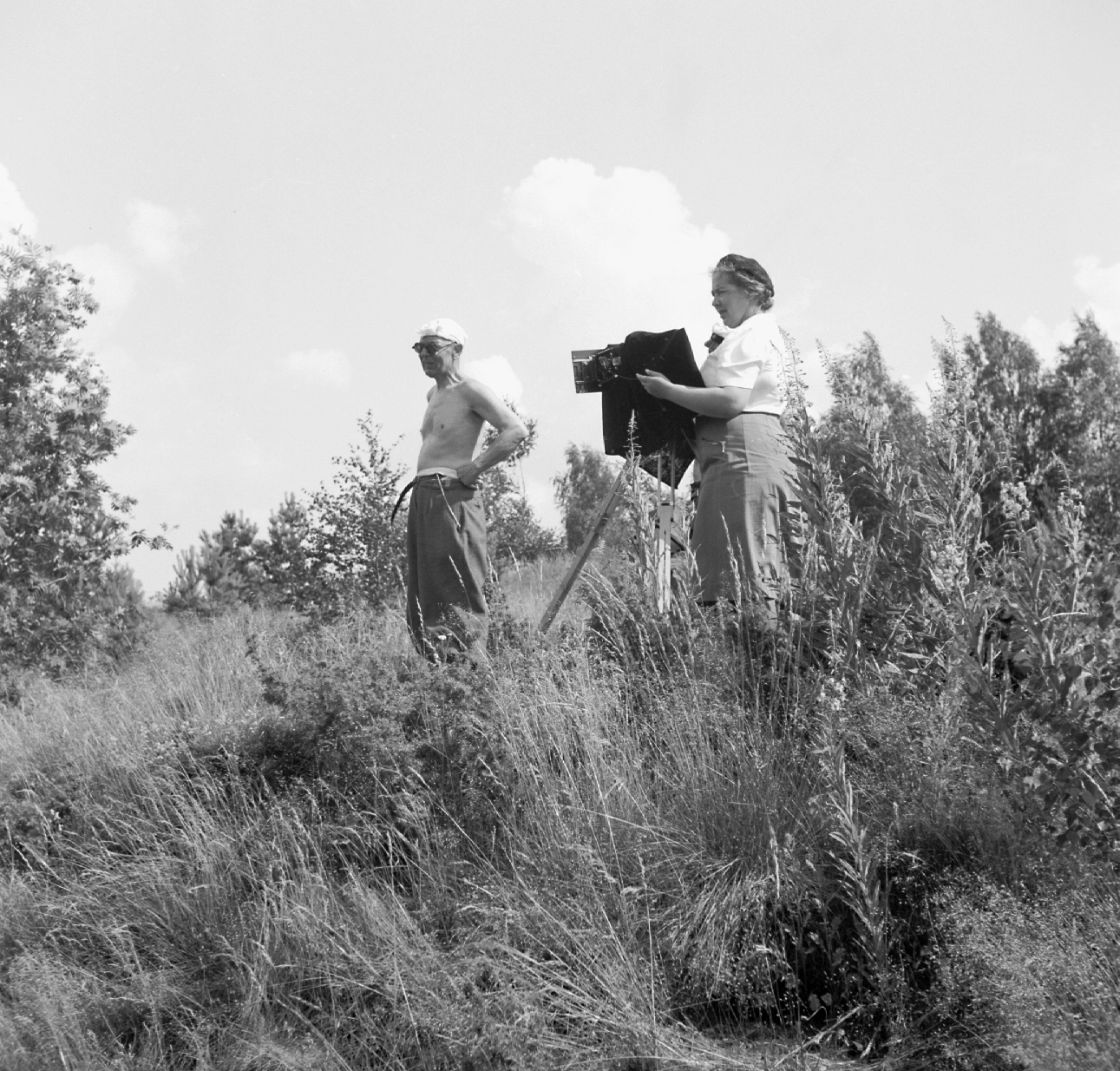 After studies in Dorpat and Uppsala, Olof Verelius worked as a teacher in high noble families and traveled to Holland, Switzerland, Italy and France.

In 1653 Verelius was appointed to economist in Uppsala and came to belong to Olof Rudbecks research circle. On his proposal, Verelius received the newly created professorship in "The Fatherland's Antiques" 1662, as the country's first professor of archeology.

The following year, Verelius performed the first archaeological excavation in Sweden, which occurred in a mound at Broby in Börje Parish.

In the 1670s, he had built a house, which was at the current Martin Luther King's place, a building that was probably designed by his friend Olof Rudbeck.

Verelius was also a prominent linguist and published Icelandic fairy tales and a work about runes.

In the feud with Schefferus about placement of the so-called heathen temple, Verelius argued that it was in old Uppsala and not in the cathedral's place as Schefferus claimed.

Olof Verelius was the first to acquire a burial site in the cemetery for the hospital and the poor, which has since become what is called the Old Cemetery today.

The burial site was purchased by the Hospital board on 26 October 1676 and is the oldest known in the original cemetery for the poor.

The first known funeral took place on February 9, 1682, when Olof Verelius was buried in a grave chamber which still is preserved. Olof Rudbeck conducted the funeral according to Verelius wishes.