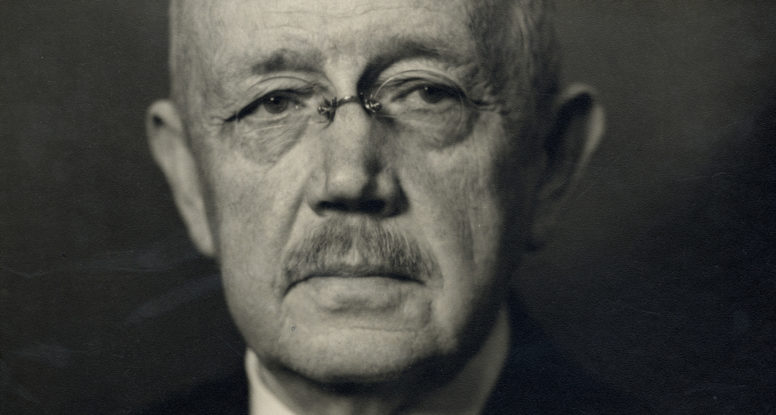 Otto von Friesen was born in Kulltorps Parish, Jönköping County and his most important scientific work deals with the runic script.

He published about the descent of the Runic script (1906) and the Smoke Stone (1920) in which he claimed that the enigmatic stone is about a conflict between Östgötar and Frisian merchants.

During the years 1905–1936 was von Friesen professor of Swedish language, became a member of the Academy of Sciences in 1928 and elected to the Swedish Academy in 1929. 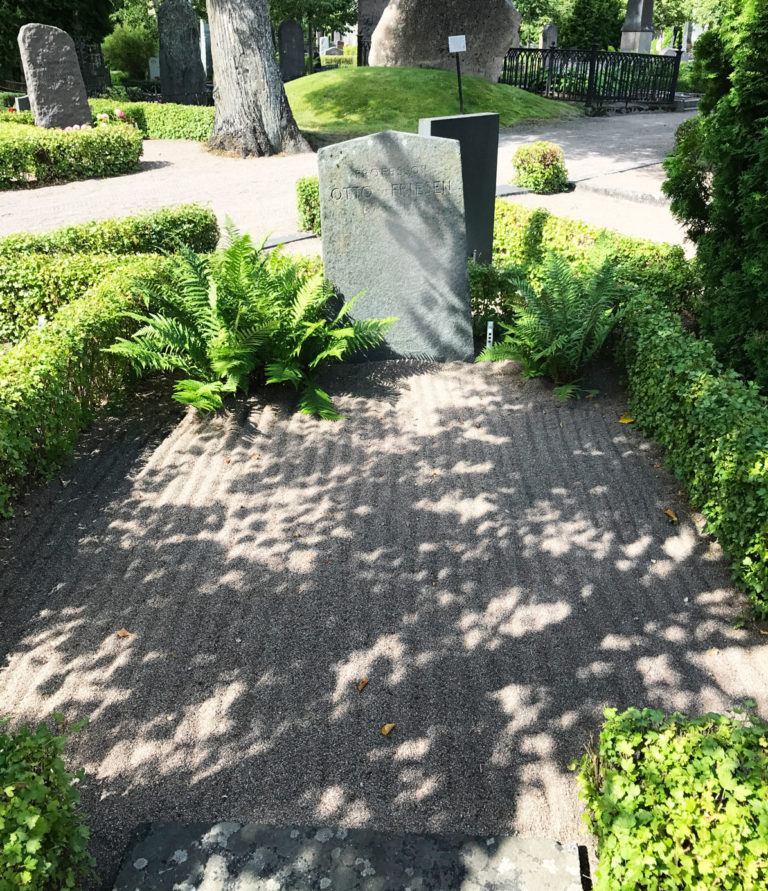 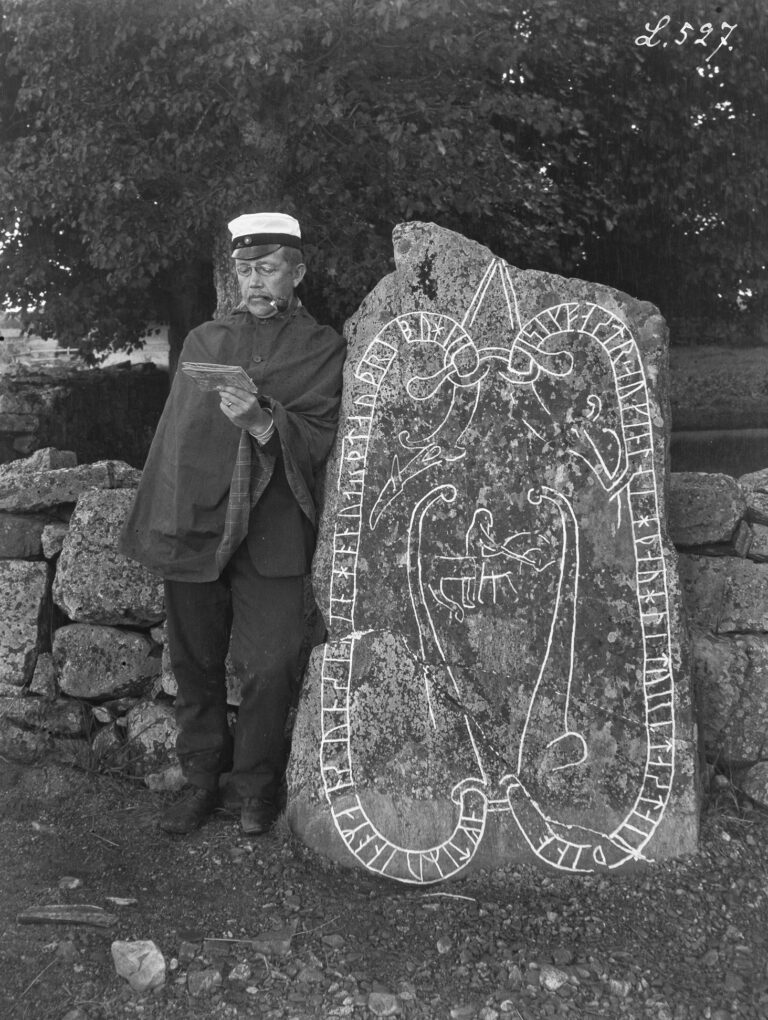 Otto von Friesen beside Runsten U 375 at Vidbo Church, Uppland, 1906. The stone has been dated to around 1020-1050. With modern Swedish, the inscription reads: "Sigfast and Ginnlaug they allowed to travel this stone after Vinaman, his son. And he died in Buhi ". Photo: Hans Oscar Juel/UUB.

Otto von Friesen next to Runsten U 729 in Ågersta, Uppland, 1908. The stone has been dated to around 1050-1080. With modern Swedish, the inscription reads: "Vidhugse had to travel this stone after Särev, his good father. He lived in Ågersta. Here will be the stone between the villages. Area The man who Runvis is the runes that bollocks carved. ". Photo: Hans Oscar Juel/UUB.