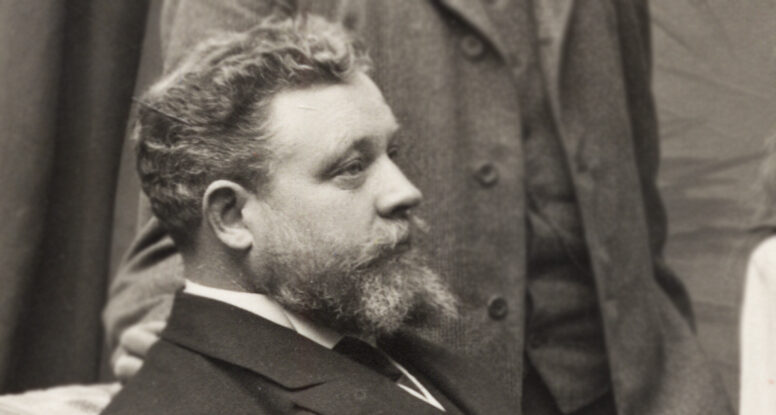 Anders Strandberg came to Uppsala at the age of 13 and started working as a store clerk.

In 1885 Strandberg started a manufakturaffär at Stora Torget. The store was later housed in the corner house (built in 1905) at Drottninggatan in the so-called Strandberg ska huset. The house was the first in the city with elevator, central heating and electricity. In the same year Strandberg, as a social and technical interest, developed an electricity plant for the city.

Stora torget (Main Square) in Uppsala 1901-1902, view towards Kungsängsgatan. At the time of the photography, Anders Strandberg's sewing shop was housed in the building. The corner plot was owned and built by Olof Rudbeck the Elder. The houses were demolished in 1934. Photo: Alfred Dahlgren / UUB. 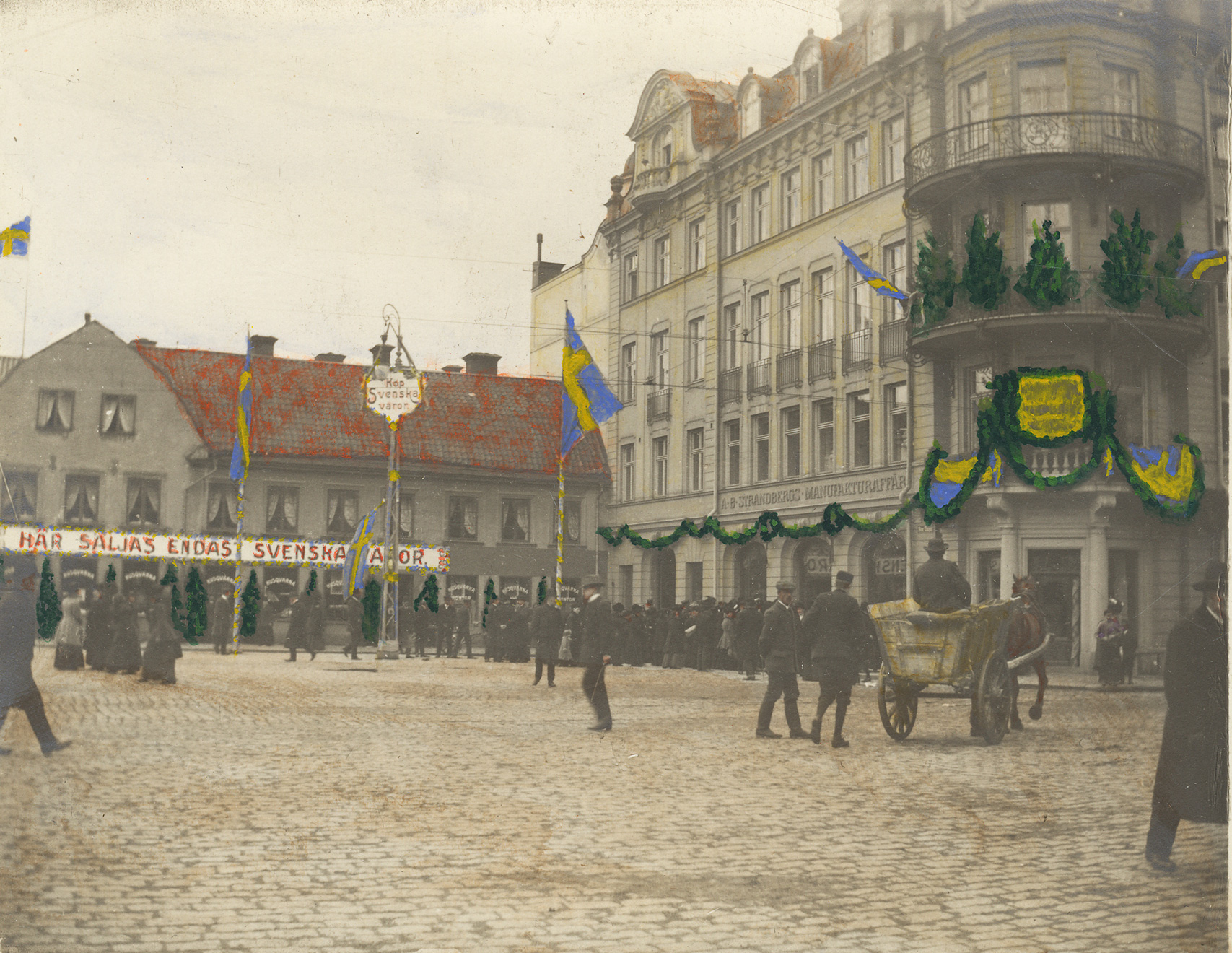 The main square with the Strandberg house (built in 1905) on the right, 29 April 1911. At the time, Svenska veckan was celebrated as a manifestation to benefit Swedish industry. Photo: Unknown Photographer/UUB. 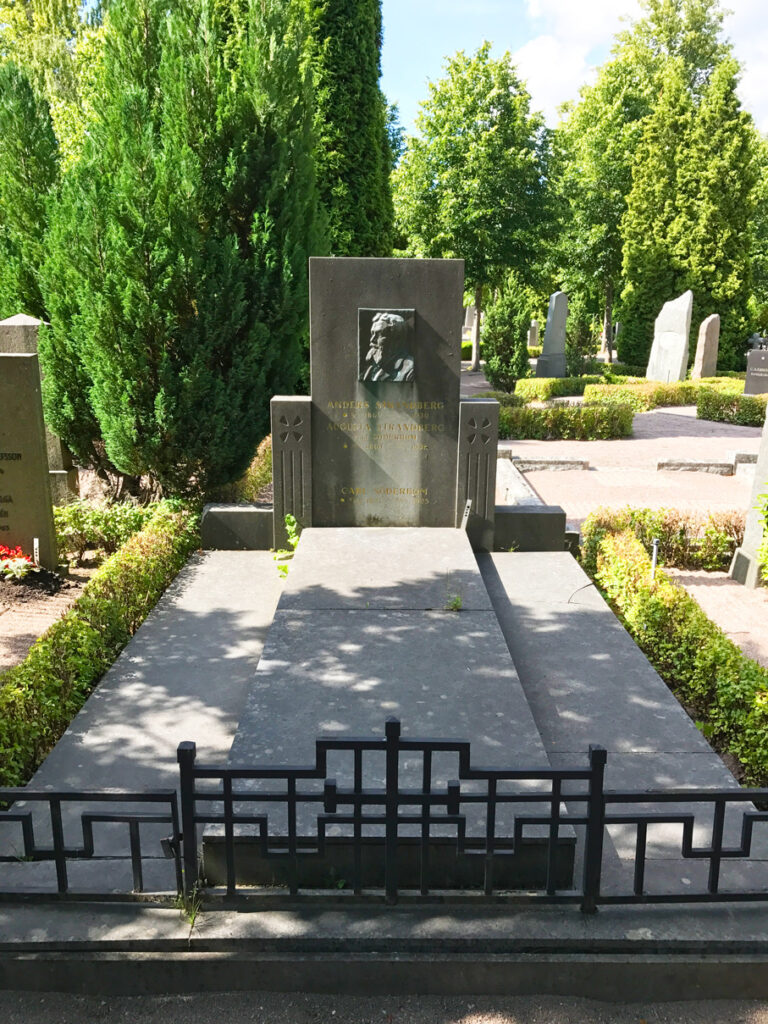 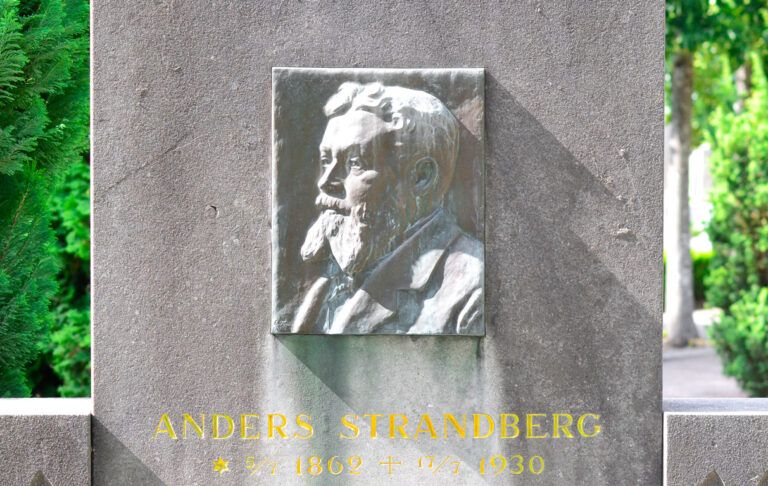 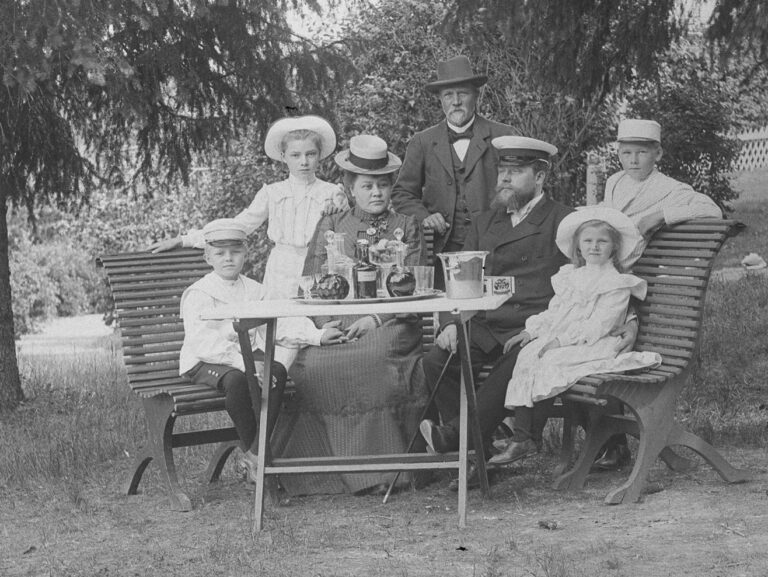 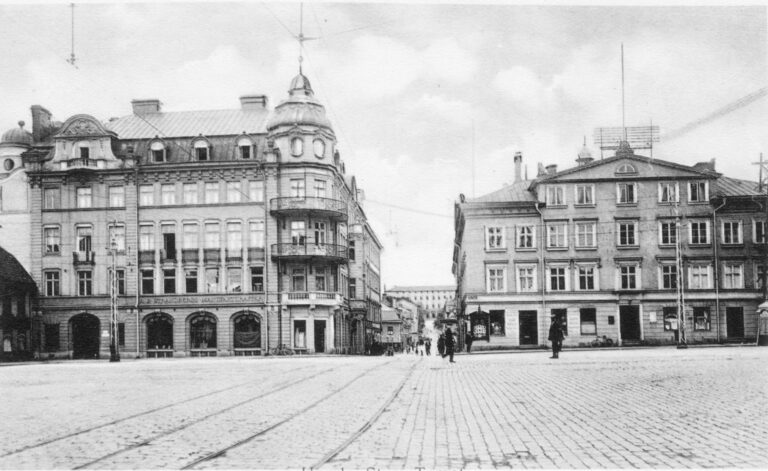 View of Stora torget and Drottninggatan in Uppsala at the beginning of the 20th century. Photo: Unknown photographer, unknown year / UUB.